At the end of August at the foot of Mt Fuji the town of Fujiyoshida puts on a festival in order to save the inhabitants of Eastern Japan from the wrath of Fuji's resident goddess. It's believed that if the Fujiyoshida Himatsuri (fire festival) is not done properly that the mountain goddess will become enraged and Mt Fuji will erupt.

The festival is over 500 years old but its origins stretch far, far back into a dim and misty age when gods walked the earth and man was but a dream. In those distant times, Ninigi no Mikoto, the grandson of the sun goddess Amaterasu-omikami, came down from the heavens to control the area that would be one day be Japan. He took the daughter of a mountain god as his wife whose name was Konohanasakuya-hime. Konohana became pregnant in one night which made her husband suspicious. She took offense at this and had a doorless hut made which she placed herself in. She claimed if the children were not Ninigi's they would harmed by the fire she would set. She then had the doorless hut set on fire but delivered three healthy children thus proving her innocence and her children's divine lineage.

At Fujiyoshida's fire festival one of the main elements of the festival are the taimatsu torches which symbolize the fire Konohana lit to prove her innocence. The other elements are the mikoshi (portable shrine) which carries her spirit and the portable shrine which is shaped like Mt Fuji itself.

Another name for the festival is Chinka Taisai which means "to  extinguish fire." The purpose at the end of the festival is to ensure that Mt. Fuji will not erupt for another year.

Despite its serene appearance, Mt Fuji is actually an active volcano. Not active like a Hawaiian volcano but not dormant either. The last time Mt Fuji erupt was 300 years ago. According to the latest research, the pressure in the magma chamber is higher than the last eruption. Whether this means an eruption will occur soon or not remains to be seen. 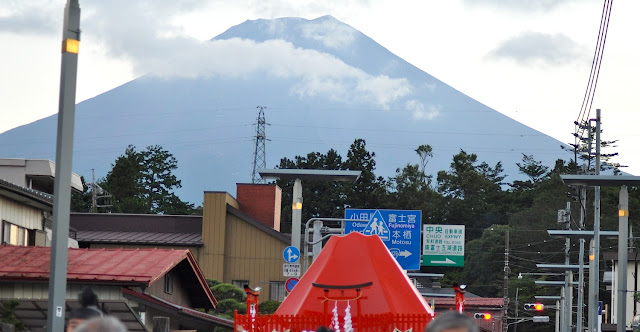 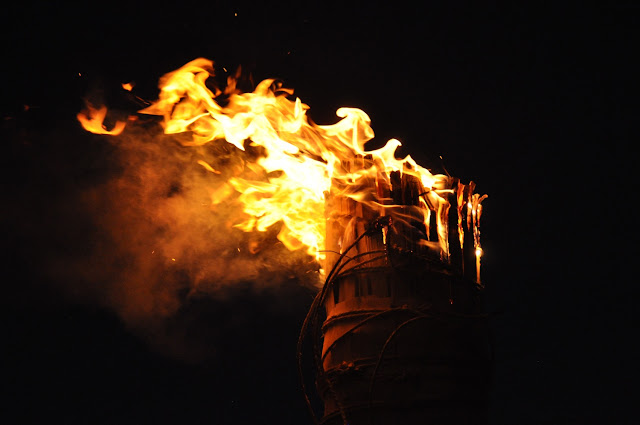 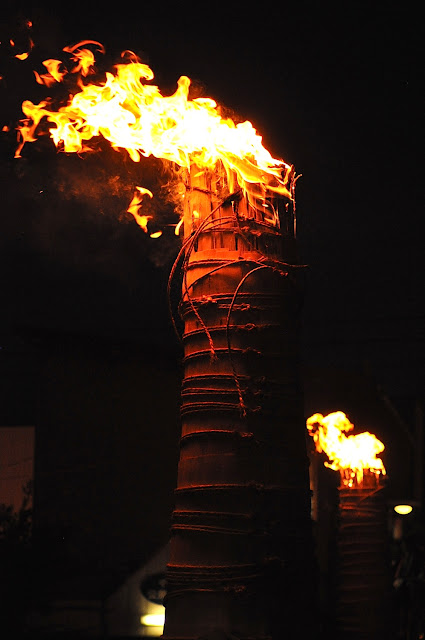 Taimatsu Torch symbolizing the innocence of an ancient goddess 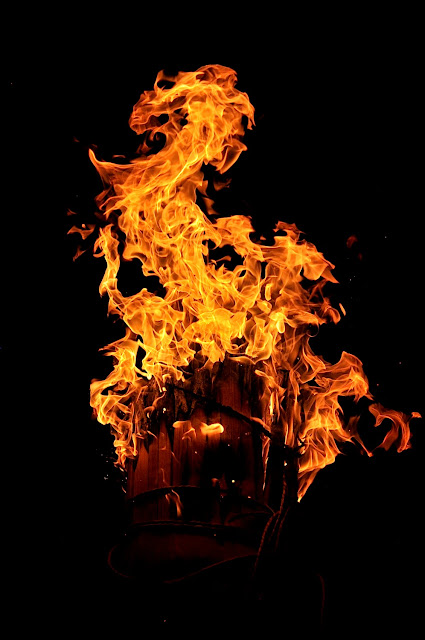 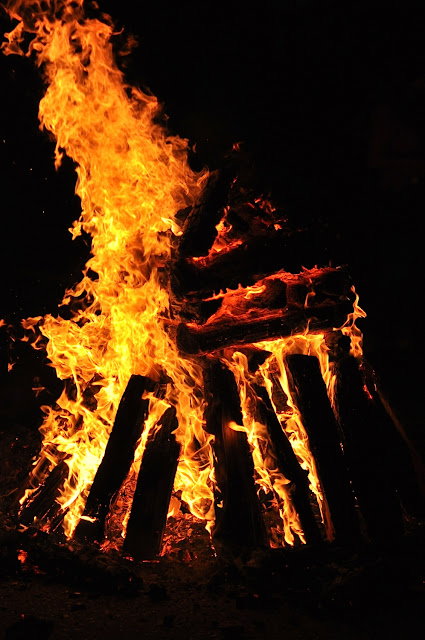 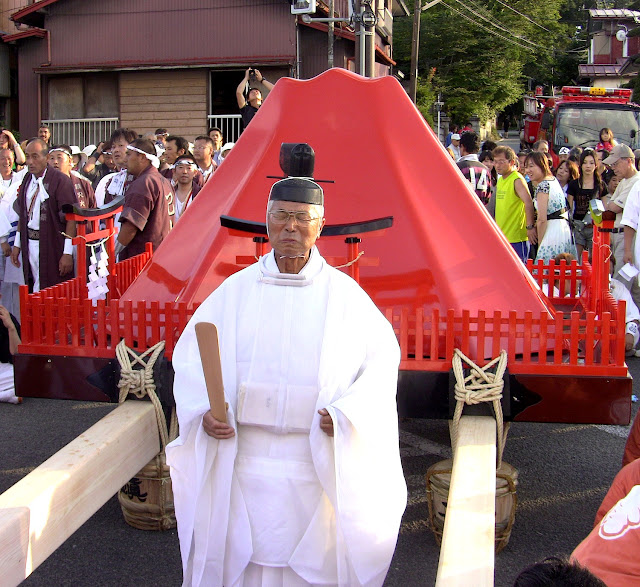 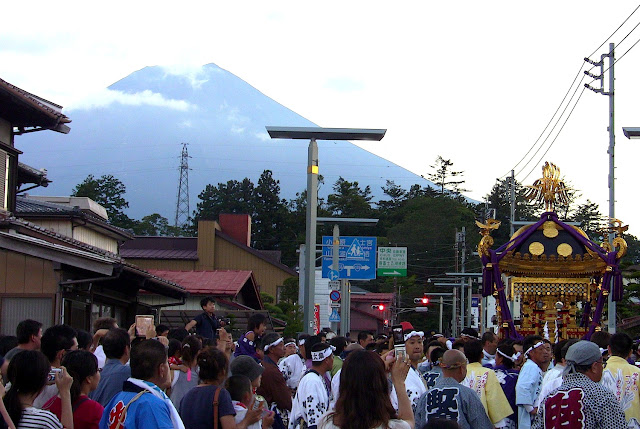 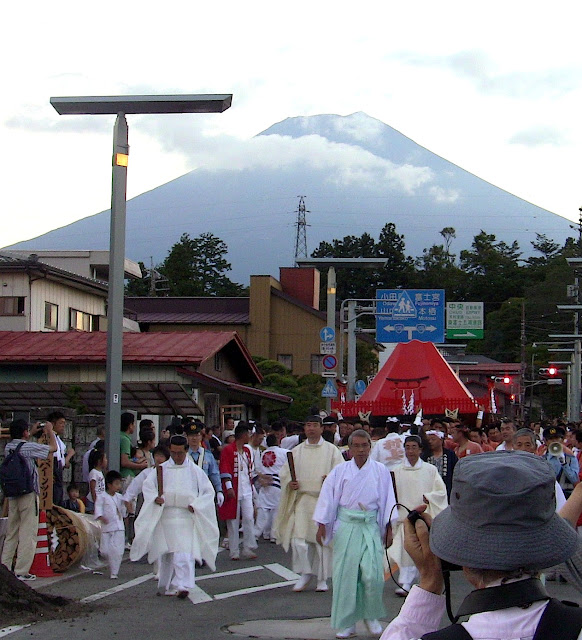 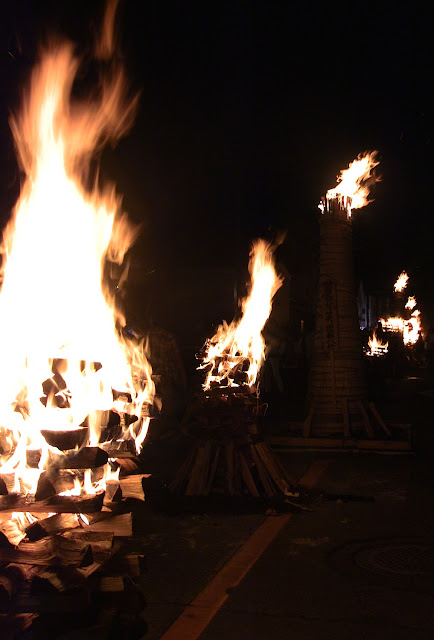 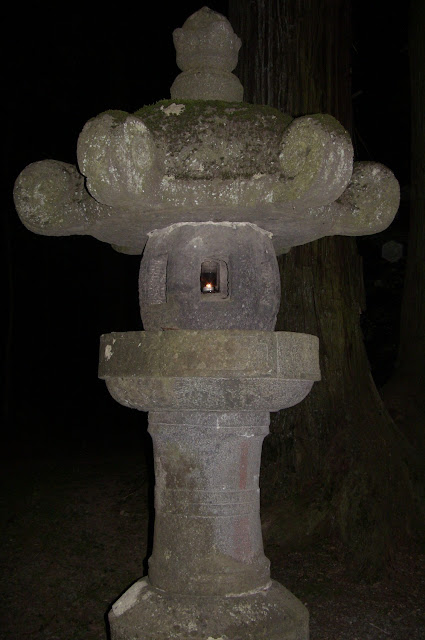 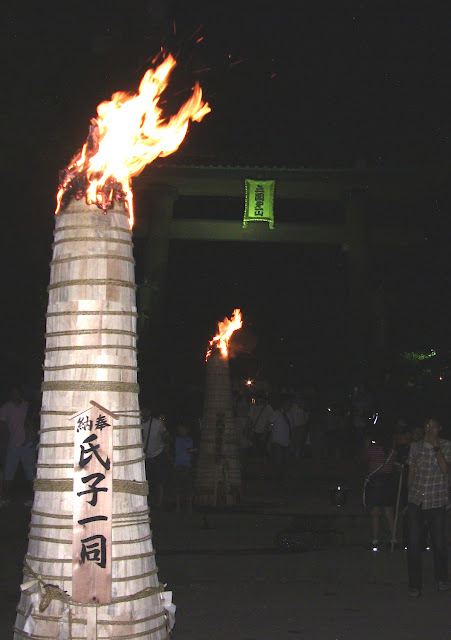 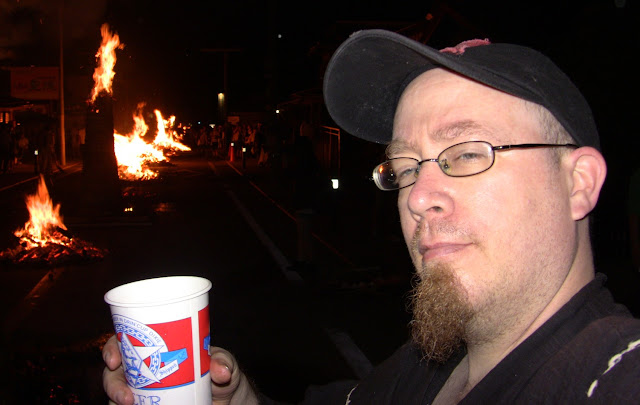 Beer and Fire - the Perfect Combo 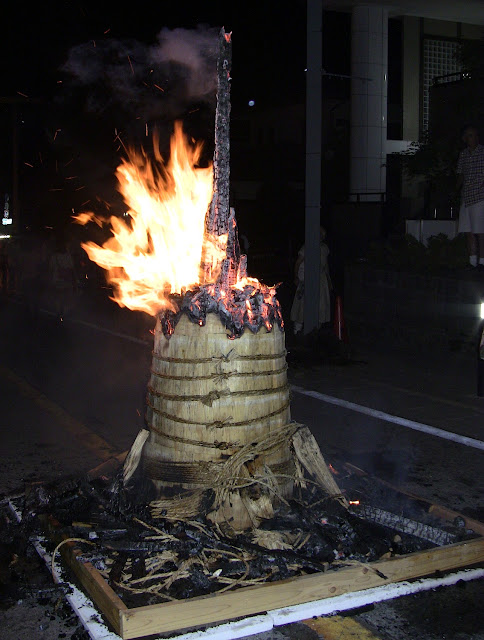 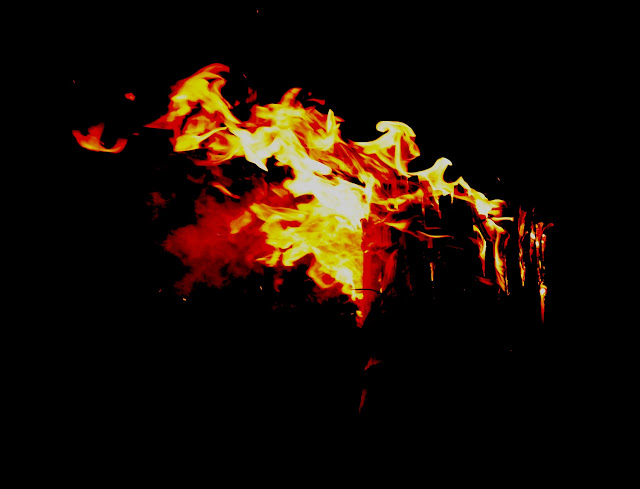 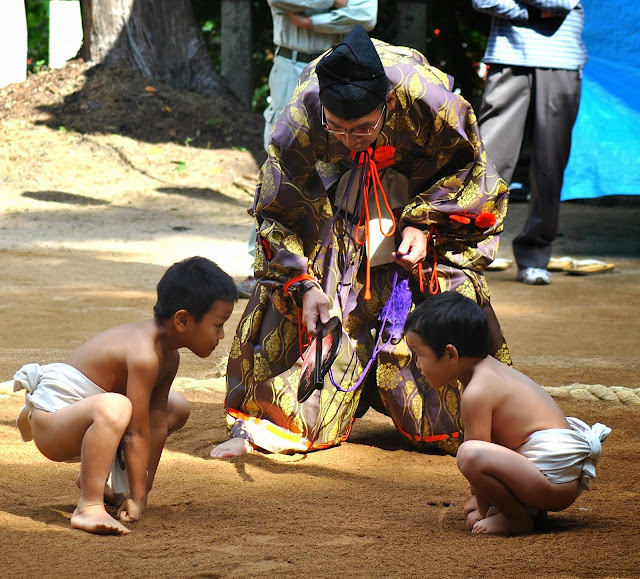 In the small town of Sekigahara a festival is put on to commemorate one of the most decisive battles in Japanese history - the Battle of Sekigahara. In 1600, two massive armies converge on Sekigahara and fought a great battle. The winner, Tokugawa Ieyasu went on to become shogun and started a new era known as the Edo Period named after his capital which is today Tokyo. The main star at the festival is not either of the two opposing leaders suprisingly but Otani Yoshitsugu, a warlord suffering from leprosy who fought for the Western Army against Tokugawa. He's the tragic hero of the tale of Sekigahara. It's his forces which get attacked from the rear by a turncoat by the name Kobayakawa Hideaki. Overall it's a small re-enactment for such a pivotal piece of history but they do a good job with the drama. The festival is held around the 3rd Sunday in October. It was October 21, 1600 in the small town of Sekigahara which lies somewhere between Kyoto
Read more

Kachiya Matsuri - Lucky Arrow Festival. Held on May 5th. Kachiya Matsuri celebrates an event that happened in the Kameido area of Tokyo a long time ago.  In 940 the samurai Fujiwara no Hidesato offered a bow and arrow to Kameido Katori Shrine in appreciation for his victory in battle.  In 939 a local samurai rebelled against the Imperial Court and eventually titled himself the New Emperor. His name was Taira no Masakado. The Imperial Court in Kyoto ordered his rebellion crushed and charged Fujiwara no Hidesato and Masakado's cousin Taira no Sadamori to do so.   Before setting out to battle, Hidesato prayed at Kameido Katori Shrine for victory.  On March 25th, the armies faced off at the Battle of Kojima (in modern day Ibaraki Prefecture). Masakado though outnumbered chose his ground well and actually forced the Imperial army back. This success proved to be his undoing as Masakado pushed too far alone and a lucky arrow shot by an unknown hand struck him down and his army melted away
Read more