Venerable Swordsman In His 80s 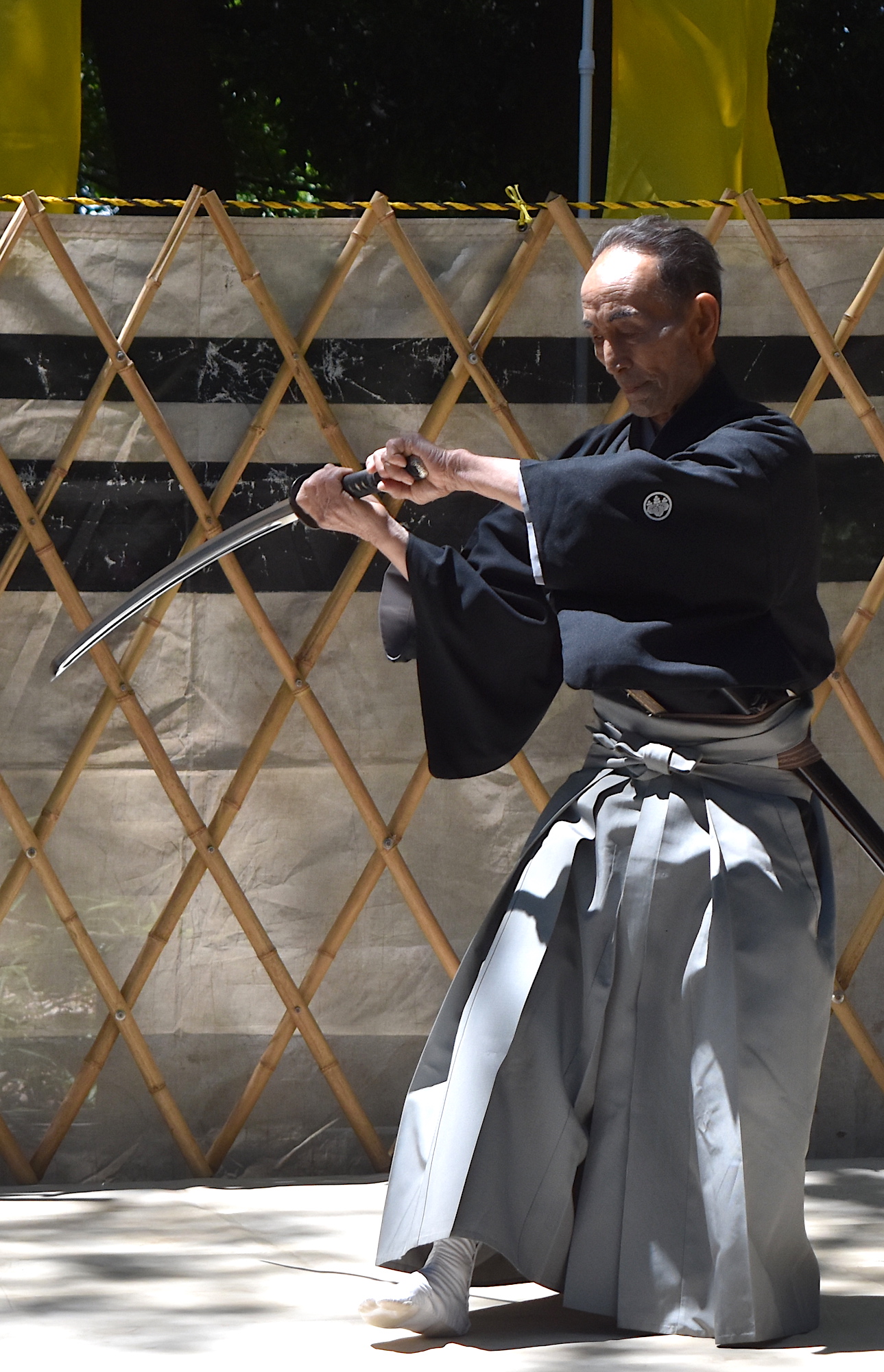 80 year swordsman at a samurai festival in Saitama 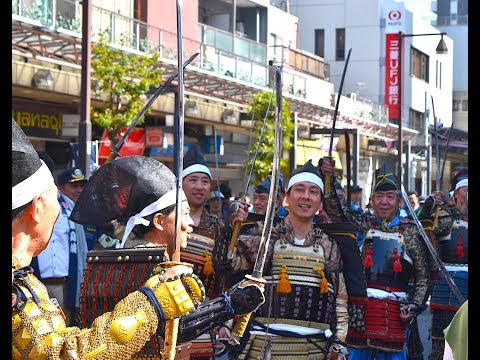 Kachiya Matsuri - Lucky Arrow Festival. Held on May 5th. Kachiya Matsuri celebrates an event that happened in the Kameido area of Tokyo a long time ago. In 940 the samurai Fujiwara no Hidesato offered a bow and arrow to Kameido Katori Shrine in appreciation for his victory in battle.
In 939 a local samurai rebelled against the Imperial Court and eventually titled himself the New Emperor. His name was Taira no Masakado. The Imperial Court in Kyoto ordered his rebellion crushed and charged Fujiwara no Hidesato and Masakado's cousin Taira no Sadamori to do so.
Before setting out to battle, Hidesato prayed at Kameido Katori Shrine for victory. On March 25th, the armies faced off at the Battle of Kojima (in modern day Ibaraki Prefecture). Masakado though outnumbered chose his ground well and actually forced the Imperial army back.
This success proved to be his undoing as Masakado pushed too far alone and a lucky arrow shot by an unknown hand struck him down and his army melted away.
To ex…
Post a Comment
Location: Kameido, Koto City, Tokyo 136-0071, Japan
Read more 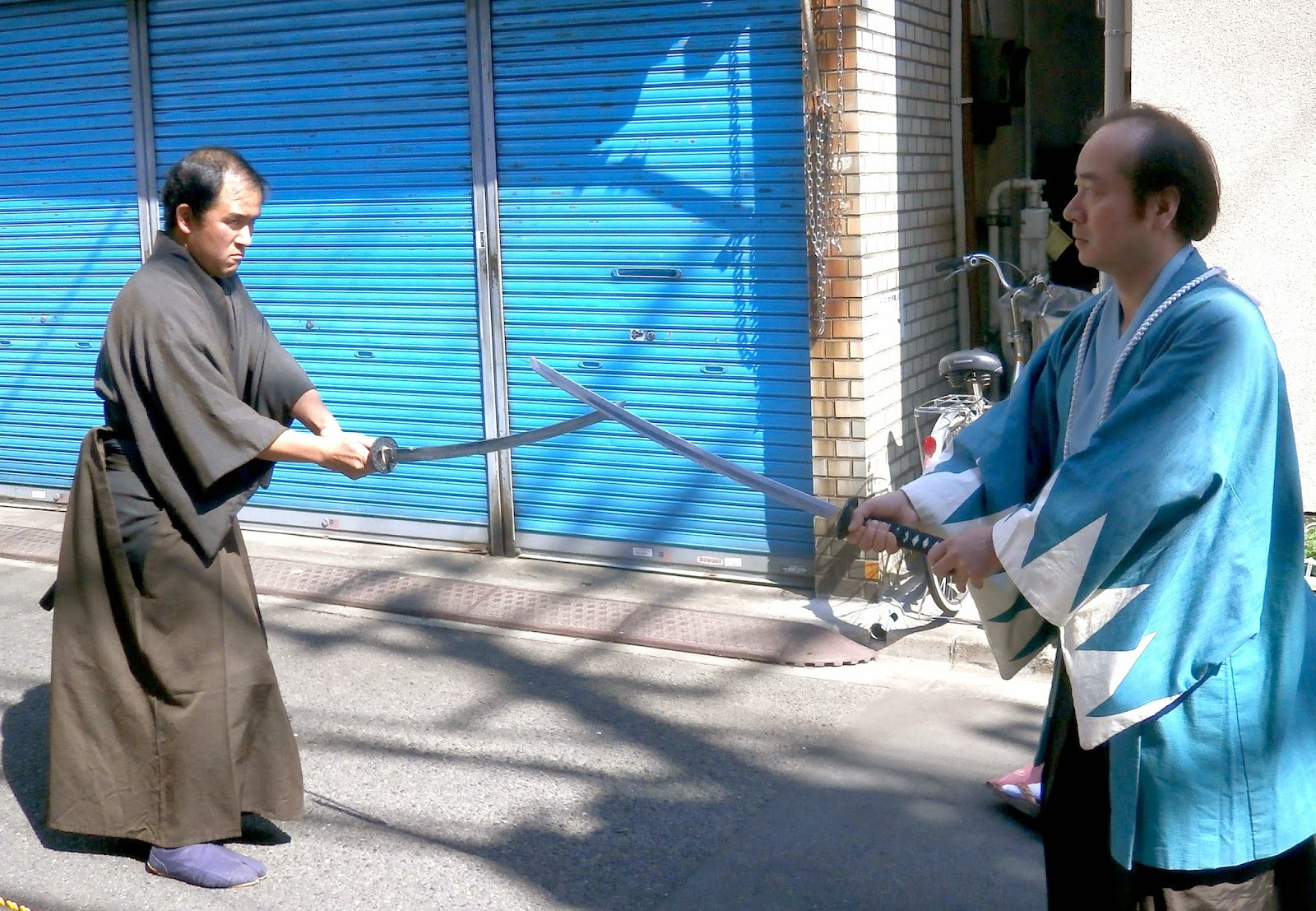 Japan in the mid-19th century was in turmoil. The two centuries of seclusion from the outside world had been shattered by the arrival of the black ships of the American Commodore Perry in 1853. The once strong and secure Tokugawa Shogunate government began to totter and reel. Anti-Shogun activists chanted "Sonno Joi!" ("Revere the Emperor! Expel the Foreigners!") wanting a return of power to the ancient Imperial Court. Assassinations became the order of the day. A top Shogunate official was assassinated in front of the very gates of the Shogun's castle in 1860.


In early 1863 a historical meeting between the Shogun and the Emperor was to take place in Kyoto. Such a meeting between the Shogun and the Emperor had not taken place since the mid-17th century. To protect the Shogun, the Shogunate raised a force of ronin (masterless samurai) known as the Roshigumi. Upon arriving in Kyoto, the leader of the Roshigumi promptly revealed he was really working for the Loyali…
Post a Comment
Read more 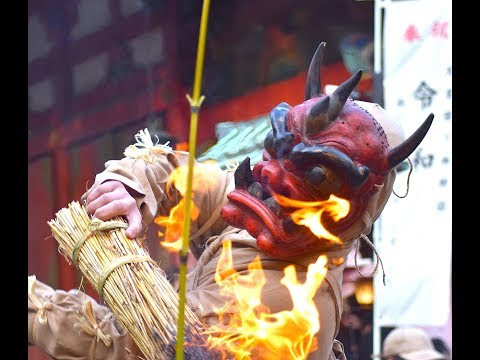 Setsubun at Nagata Shrine in Kobe. Setsubun is a spring exorcism ritual on February 3rd which used to be on the old Chinese New Year's Eve. Bad luck in the form of devils (oni) are driven away with a handful of tossed beans. At Nagata Shrine though the oni are actually the good guys and they drive away evil with fire and sword.


The men who are to perform the ceremony prepare themselves with fasting and purification rituals such as misogi. Misogi is plunging into cold water to cleanse one's self body and soul.


Tsuina Shiki or Oniyari is the exorcism ritual to drive away evil and disaster. Nagata Shrine is unique in that oni perform the ritual. This particular ritual is believed to be over 500 years old.


These two particular oni are known for their healing properties. They will touch their temples then lay their hands on a person to heal them and protect them.

Sickness is part of the evil that oni drive away. In olden days sicknesses was just as much a matter of luck and magic that …
Post a Comment
Location: 3-chōme-1-1 Nagatachō, Nagata-ku, Kobe, Hyogo 653-0812, Japan
Read more
More posts