Showing posts from 2014
Show all

- January 06, 2014
47 Ronin is not 47 Ronin and I don't mean this because of the fantasy elements in the film or even Keanu Reeves being in the film. I say this because the core of the original story has been so drastically changed to make it almost unrecognizable that even if you took out the fantasy and Keanu you would still have a film which barely resembles the original story of the 47 Ronin.

The following are the changes compared with the original story so you can see how different it is:

1. Lord Asano - his age and the circumstances surrounding his death

In the film Lord Asano is an old man in his 60s or 70s and he has a full grown daughter (Keanu's love interest BTW). The shogun comes to visit Asano's castle along with the villain, Kira. Asano is bewitched at one point and attacks Kira in the night. Because he attacked an unarmed guest, he is sentenced to seppuku (ritual suicide). The shogun then disbands Asano's samurai for some reason then tells Asano's daughter she will marry …
Post a Comment
Read more 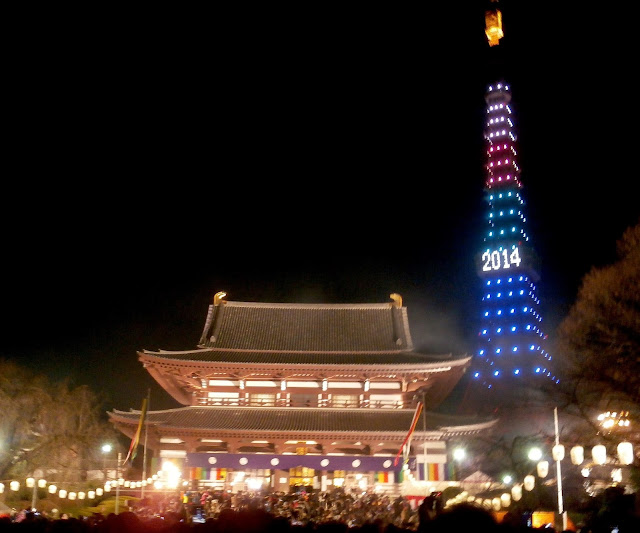 Happy New Year 2014 from Tokyo!  I did my usual New Year's Eve rounds hitting the temple complex of Zojo-ji with Tokyo Tower in the background, then passed through Roppongi, and ended up at Tokyo Decadance at Decadance Bar in Shinjuku.