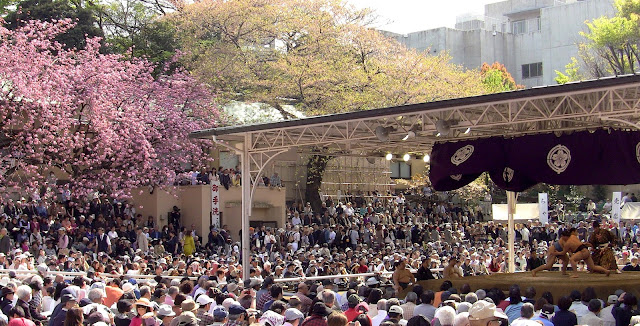 In April, sumo gets back to its roots at Yasukuni Shrine with an outdoor event. In olden times, sumo was generally held outdoors at shrines and temples or before gathered assemblies of august groups such as the shogun, daimyo (feudal lord), even the Emperor.

Hono Ozumo is a special ceremonial sumo event held at a shrine such as Yasukuni Shrine. Lower rank wrestlers (maku-shita) and top rank wrestlers (maku-uchi) compete. Even the yokozuna the highest rank in sumo compete at Hono Ozumo. If there is more than one yokozuna, they will compete against each other. Sumo can have several yokozuna at the same time but it is relatively rare to have more than two. Usually to see a yokozuna match between two yokozuna is a rare treat. Only on the last day of a tournament can one see this and it's very difficult to get tickets for that day.

This year was a chance to see such a yokozuna match, the first in four years as Yokozuna Asashoryu retired in February of 2010. Hakuho has been the only yokozuna until September of 2012 when Harumafuji was promoted. This was their first yokozuna match at Yasukuni. 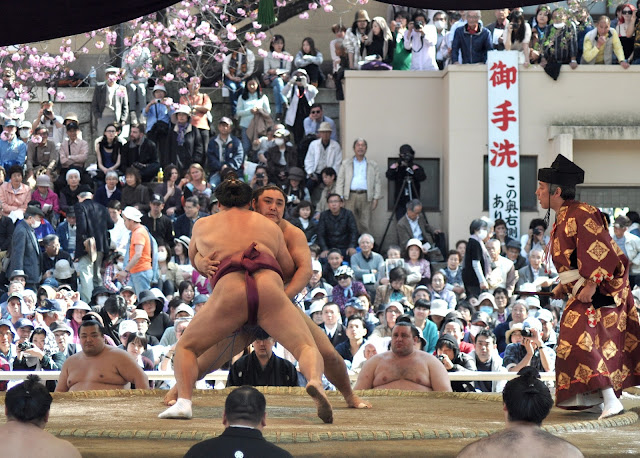 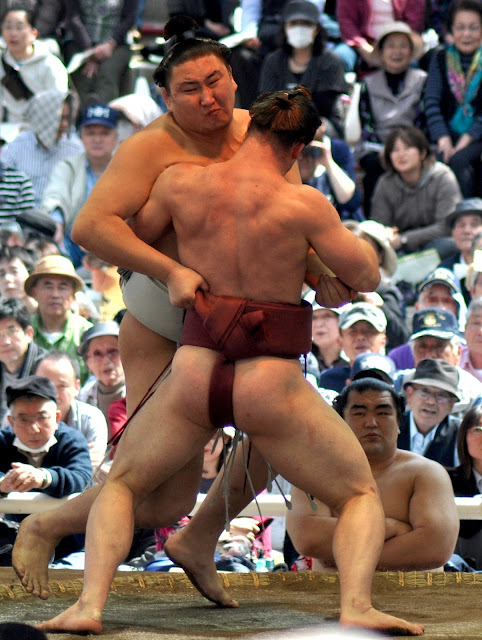 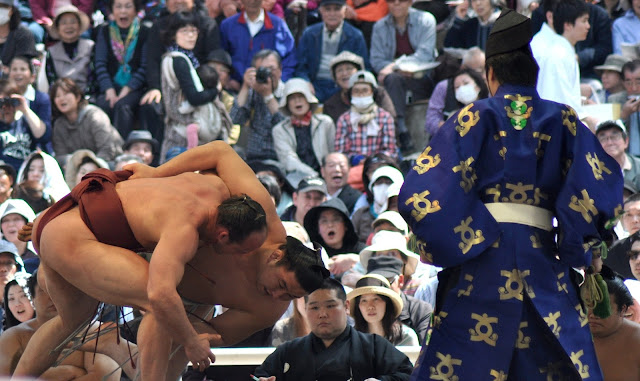 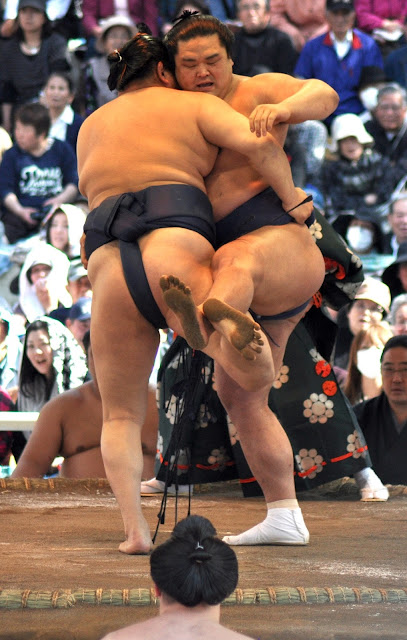 Wrestlers trying to get a leg-up on each other 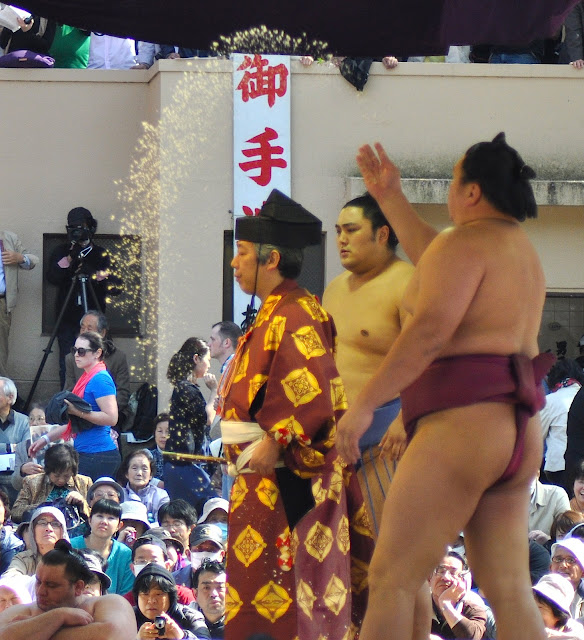 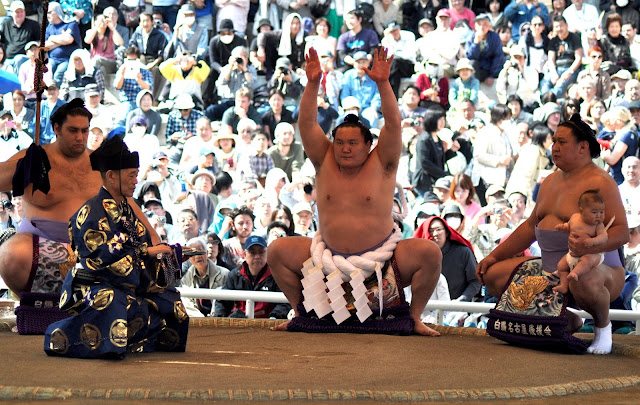 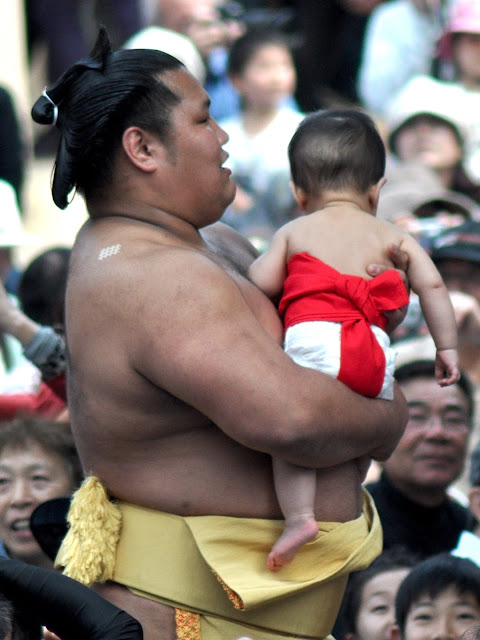 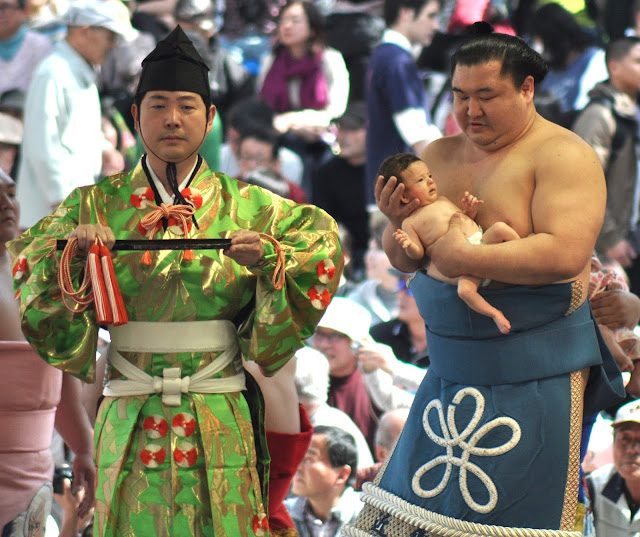 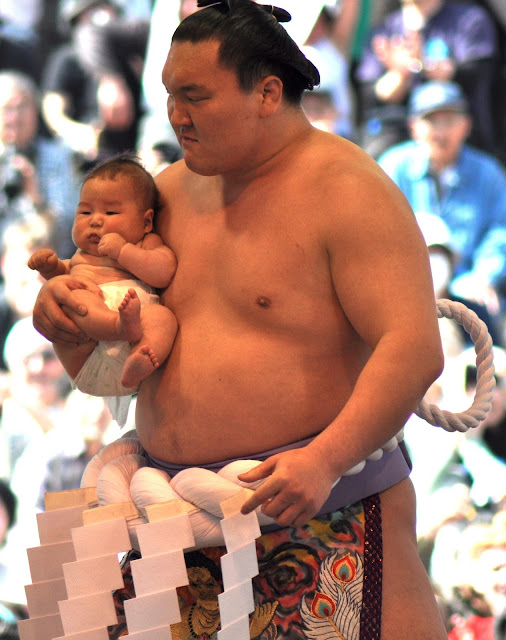 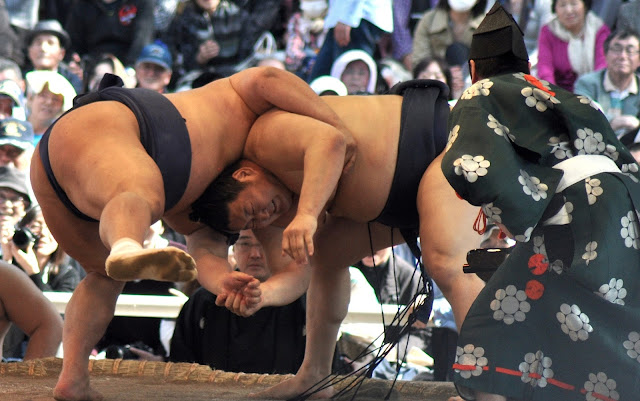 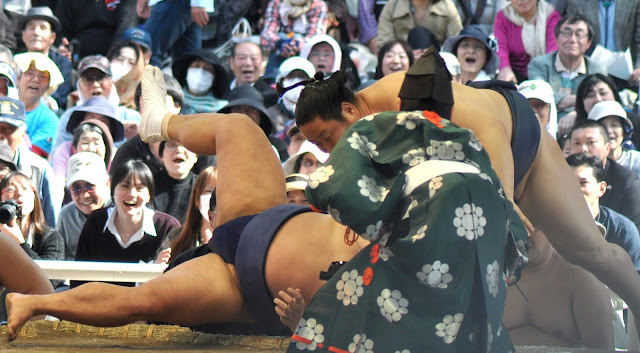 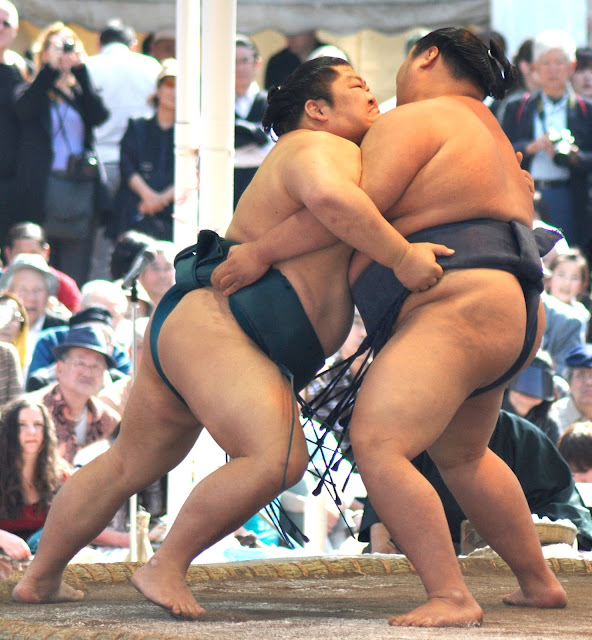 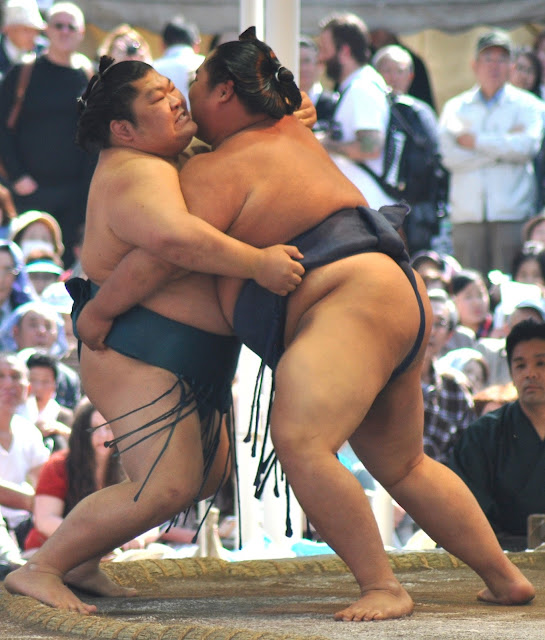 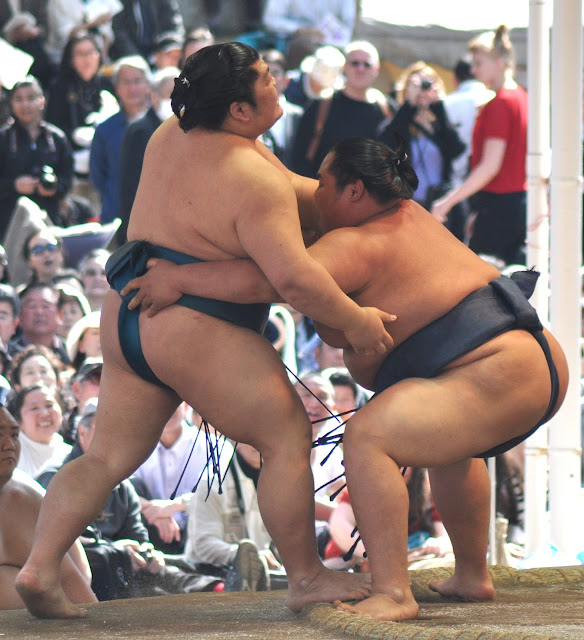 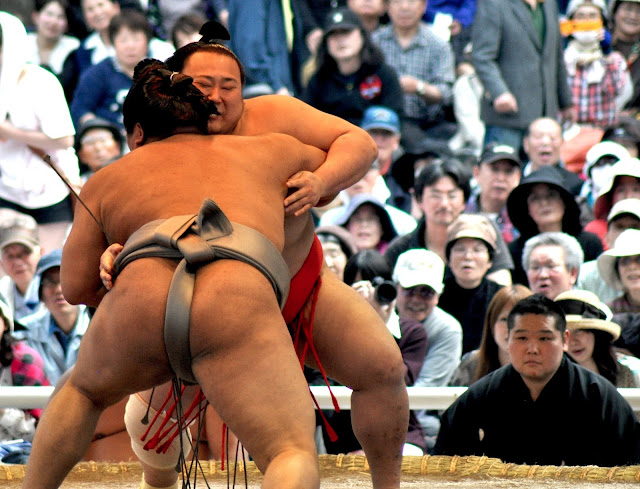 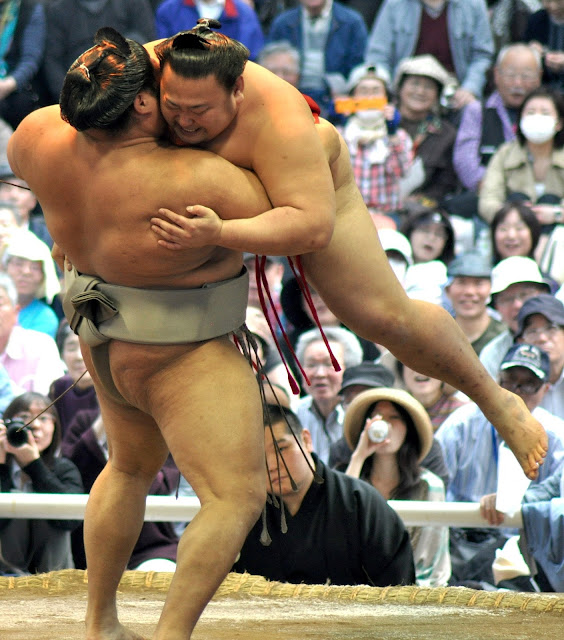 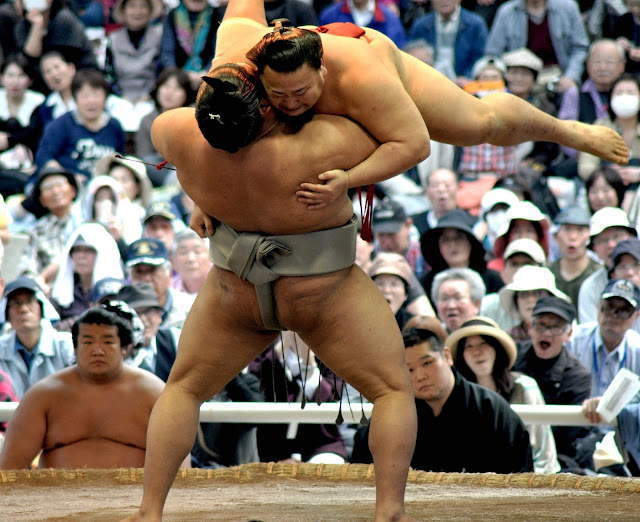 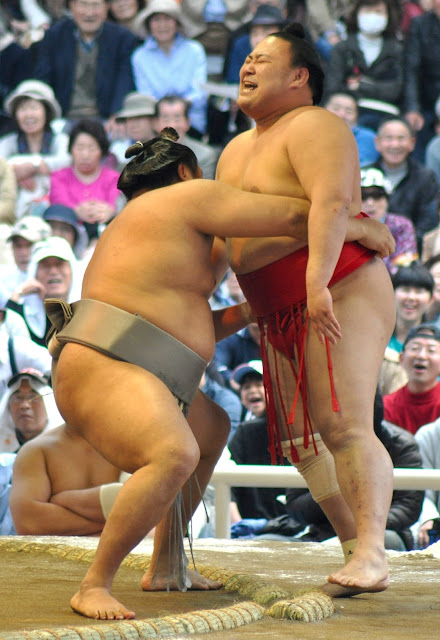 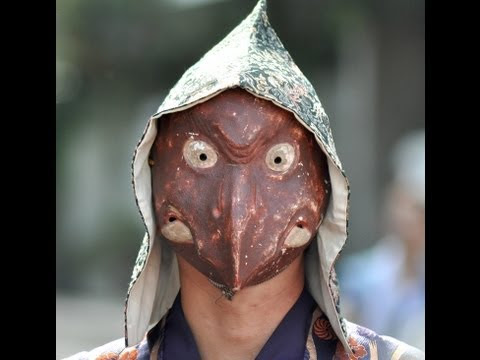