Joma Shinji is a New Year's Japanese Archery Ritual for driving away evil for the coming year. Six archers dressed in formal samurai kimono known as kariginu shoot two arrows a piece at a large circular target. On the back of the target is painted an upside kanji character for "oni" which means "devil." Striking the target is believe to expel evil particularly shots which pass through the oni character.


Since ancient times in Japan, arrows have been seen as having the power to banish and destroy evil. Even the twanging of bow strings is thought to ward away evil spirits. During New Year's, decorative wooden arrows are sold at temples and shrines as good luck charms for the coming year.


Joma Shinji takes place at Tsurugaoka Hachimangu Shrine in Kamakura on January 5th. The ritual dates back to a time when Kamakura was the military capital of Japan (1185-1333). The first hereditary shogun, Minamoto no Yoritomo, promoted a variety of military type rituals usually involving archery such as Joma Shinji. In his day, the bow was the primary weapon of the samurai, their profession being known as "The Way of the Horse and Bow."


Yoritomo was keen that his warriors not become soft even in times of peace. He was all too mindful of what had happened with his enemies, the Taira family. The Taira were once the dominate samurai clan of Japan but they became too intoxicated with the luxuries that power can bring and many of them preferred to excel in non-warrior pursuits such as music and poetry.


War broke out between the Taira and Minamoto and eventually the Taira were utterly defeated in 1185. It has often been pointed out that the Taira's love of luxury and leisurely pursuits were a major factor in their downfall. Yoritomo did not want the same happening to his samurai so he decided to place his shogunate capital in Kamakura far away from the debilitating influence of the aristocratic culture of Kyoto and he encouraged the continual practice of the bow in annual rituals and contests.


Today the Ogasawara Ryu, a school of Japanese Archery, conducts the Joma Shinji Ritual. The Ogasawara school and clan was established in the Kamakura Era by Ogasawara Nagakiyo who became an archery instructor to Yoritomo. The Ogasawara Ryu does a number of archery events throughout the year including Yabusame, mounted archery. 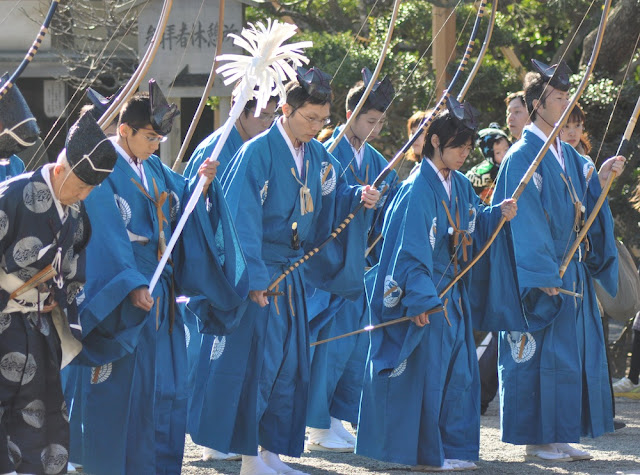 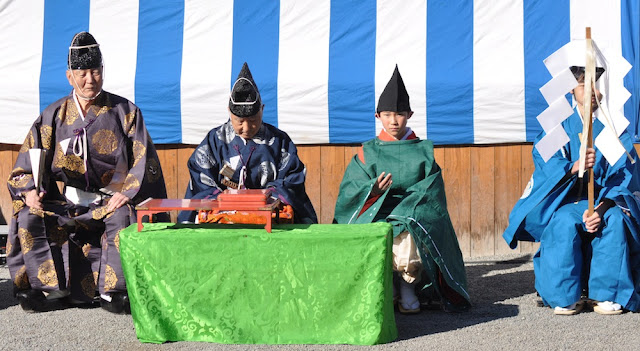 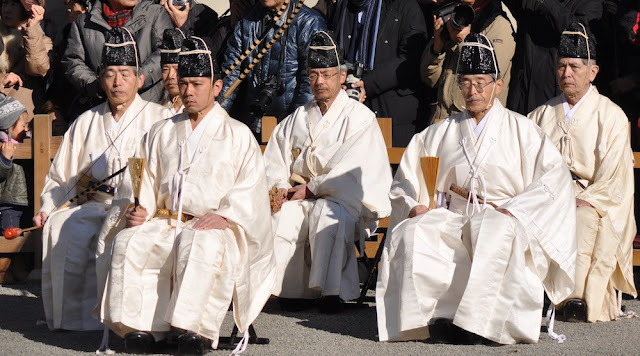 Leaders of the Ogaswara Ryu 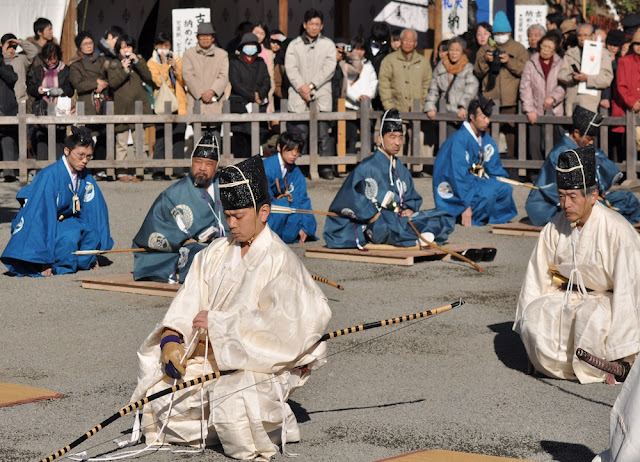 Future Head of the Ogasawara Ryu 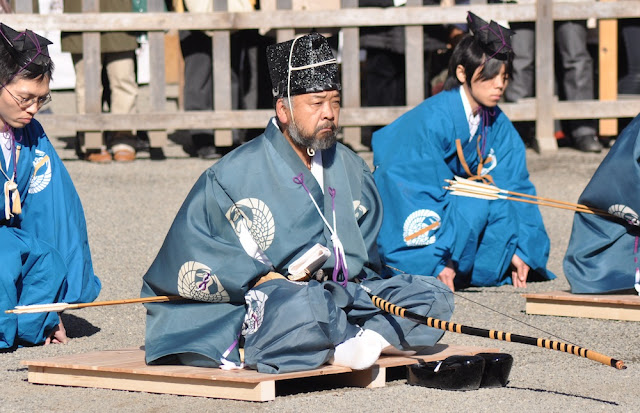 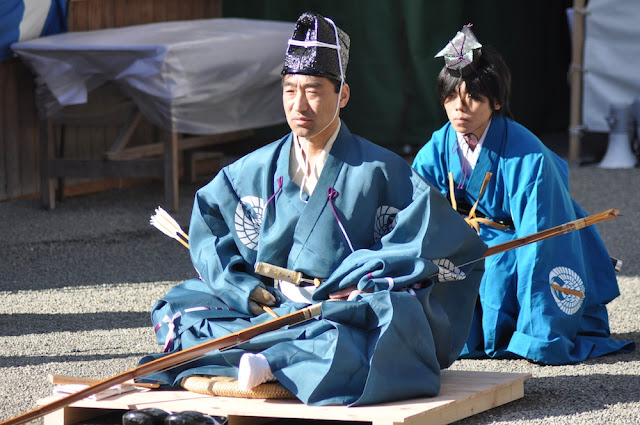 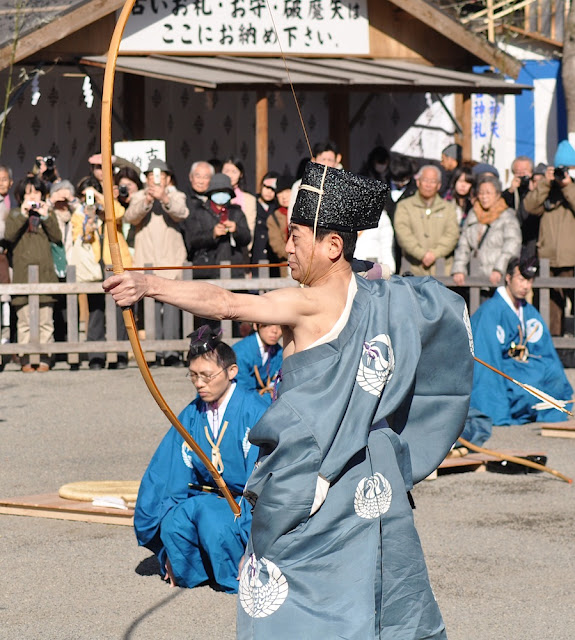 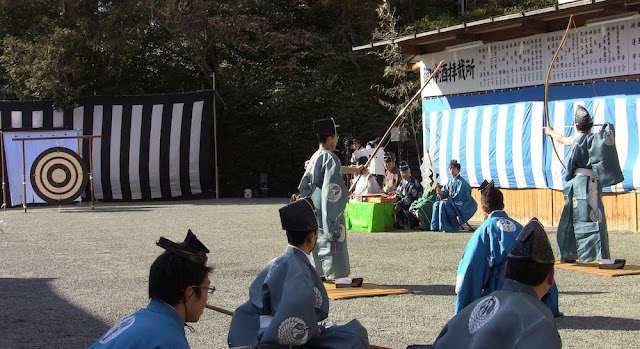 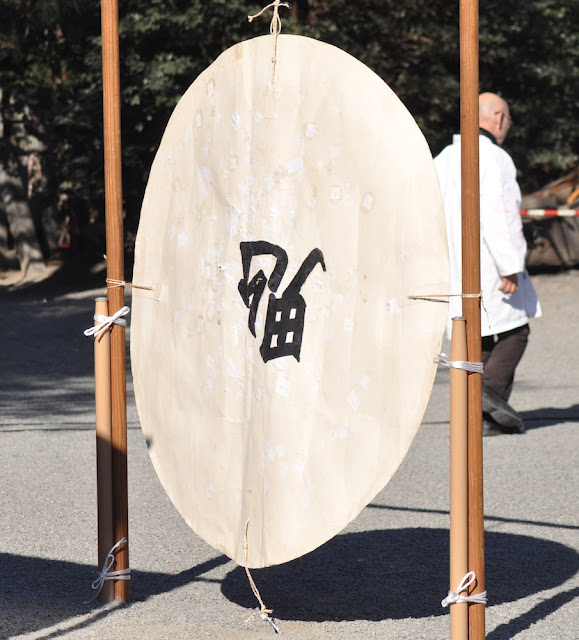 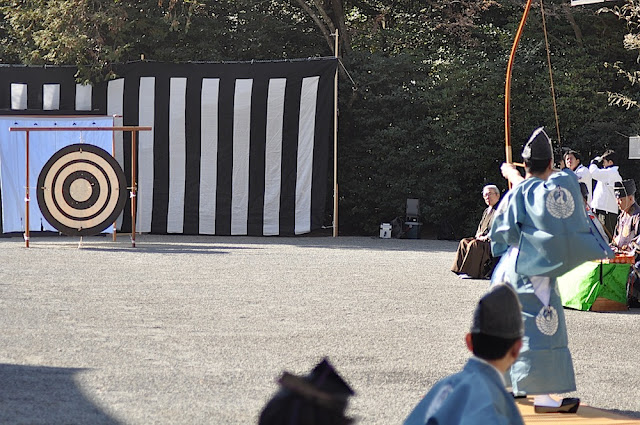 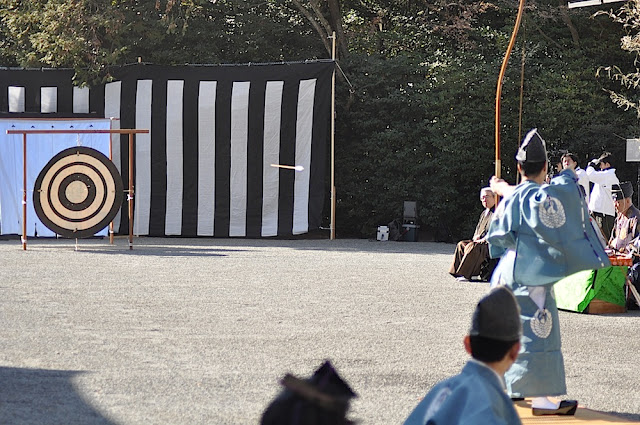 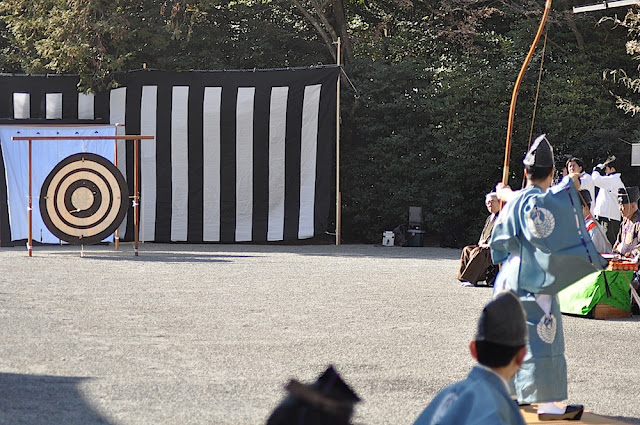